Can hybrid watches hijack the ascent of the smartwatch? – Financial Times

Few things better encapsulate watch-buyers‚Äô dilemma of analogue versus digital than the sight of Liverpool football club captain Jordan Henderson at the end of the 2017 season ‚Äúdouble wristing‚ÄĚ ‚ÄĒ wearing a smartwatch on one wrist and something more distinctly Premier League on the other.

Mechanical-watch fans may appreciate the benefits of a smartwatch but will never completely forsake their traditional timepieces. A recent survey of 1,000 male smartwatch wearers in Britain by online watch brand Code41 found that 88 per cent also regularly wear a traditional analogue watch.

‚ÄúA smartwatch is never going to have the timelessness or sentimentality of a traditional watch. Smartwatches aren‚Äôt a style accessory ‚ÄĒ they are simply an extension of our phones, tablets and laptops,‚ÄĚ says the brand‚Äôs founder, designer Claudio D‚ÄôAmore.

Yet global unit sales for smartwatches reached 18.2m in the last quarter of 2018, according to data from Strategy Analytics, an increase of 56 per cent over the year.

However, a clutch of analogue watchmakers has decided that one way to fight the rise of the smartwatch is to build connectivity into classic analogue designs ‚ÄĒ the result being a so-called hybrid.

Hybrid watches generally combine a quartz movement that drives conventional hour and minute hands around a regular dial, but with a bluetooth-enabled chip that can offer features such as tracking, app notifications, GPS connectivity and the ability to remotely control certain smartphone functions. Fans are happy to sacrifice the functionality of a full-blown smartwatch for the hybrids‚Äô more traditional, elegant aesthetic. 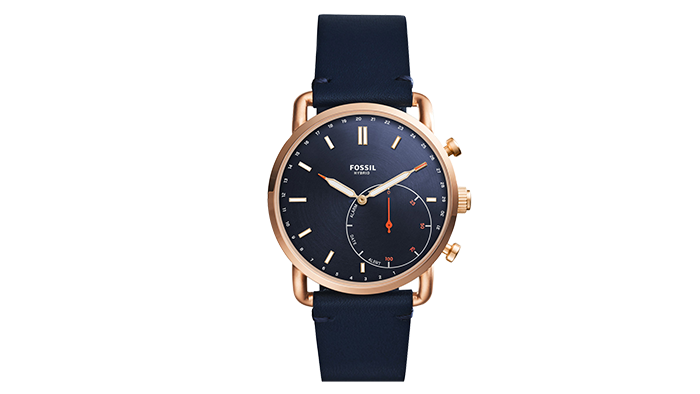 A growing number of dial names now offer hybrid models, among them the large US brand Fossil, Scandinavians Skagen and Kronaby, and leading smartwatch maker Samsung.

In October, Fossil signed a global licensing partnership with Japan‚Äôs Citizen Watch Company to allow it to use its hybrid technology.

The aim, said Fossil‚Äôs chief executive Kosta Kartsotis, was to enable the group to ‚Äúbroaden and accelerate the awareness and adoption of hybrid smartwatches‚ÄĚ and drive scale in the market.

Yet some hybrid makers have been battling other challenges. Swedish manufacturer Kronaby filed for bankruptcy last month after a major investor in the brand‚Äôs Malmo-based parent company, Anima, pulled its financing.

Within weeks, however, Anima was bought by Spanish watchmaking group Festina Lotus. Its president, Miguel Rodriguez, told industry news website WatchPro that the acquisition would enable his firm to ‚Äútake a step into the smartwatch segment‚ÄĚ and that Kronaby had proved to be ‚Äúone of the best hybrid smartwatches in the world‚ÄĚ. 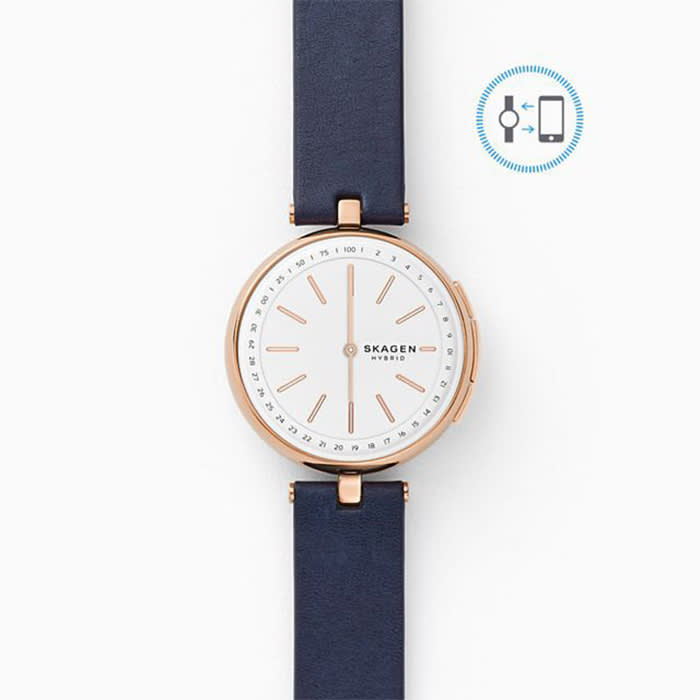 James Moar of UK-based data analysts Juniper Research agrees that the hybrid sector looks promising and in 2018 accounted for 22 per cent of all smartwatch sales.

‚ÄúIf you don‚Äôt want something that‚Äôs all-singing and all-dancing, [hybrids] are great and they will probably remain relevant to that certain category of buyer,‚ÄĚ Mr Moar says.

‚ÄúPart of the reason sales haven‚Äôt picked-up, however, is the continuing popularity and improving functionality of smartwatches.‚ÄĚ

Yet he believes that hybrid sales are likely to improve as technological developments bring additional features, so attracting a new wave of tech-minded buyers.

Juniper‚Äôs research earlier this year concluded that hybrids would account for more than half of the smartwatch market by 2022.

Among traditional watchmakers pursuing the hybrid theme is Switzerland-based Frederique Constant, a brand established in 1988 by Dutch businessman Peter Stas and his wife Aletta. Frederique Constant and stablemate brand Alpina launched a ¬£900 ‚ÄúHorological Smartwatch‚ÄĚ at the 2015 Baselworld show. It was the first luxury, analogue watch with a regular quartz movement and bluetooth phone connectivity. Owners could toggle between functions via the crown to display data on a subdial.

Though the couple sold both dial names to Japan‚Äôs Citizen Holdings in 2017, they remain majority shareholders in Manufacture Modules Technologies (MMT), a joint venture with Californian tech specialist FullPower that developed the watch‚Äôs software.

MMT has to date produced about 200,000 hybrid watches for brands including Mondaine and Ferragamo.

If you don‚Äôt want something that‚Äôs all-singing and all-dancing, hybrids are great

Frederique Constant last year returned to the market with another Horological Smartwatch, in the form of the ¬£2,995 Hybrid Manufacture 3.0. It blended classical watchmaking with connectivity by integrating a bespoke electronic module into a traditional mechanical movement, rather than the quartz type usually used in hybrids.

‚ÄúWe developed an electronic layer that fits unobtrusively beneath the dial, so the watch just looks and feels like a normal automatic,‚ÄĚ explains Mr Stas.

The 3.0 refers to a third function of the device ‚ÄĒ the ability of the piece to monitor the accuracy of the mechanical movement and communicate it to the wearer‚Äôs phone.

The model represents around 15 per cent of MMT watch sales by value and Mr Stas believes the market has further potential.

Not everyone agrees. It all comes down to price points, says Jeremy White, executive editor of tech magazine Wired. If, for example, they cost less than ¬£150, such as those made by Withings, they make sense, he says.

‚ÄúBut when a traditional watchmaker tries to do the same thing on a more expensive level, it is almost the case that they are cannibalising their own business,‚ÄĚ Mr White believes.

The development of firmware for hybrid watches is still in its infancy, according to Peter Stas. MMT employs three teams to improve the technology and smartphone interfaces for the iOS and Android operating systems, as well as cloud functionality.

These teams are collaborating with a large healthcare company to devise a watch-based app that will aim to provide unprecedented pinpoint-accurate measurements of key health metrics, he says. These include heart rate and blood pressure, beyond the ability of the latest Apple Watch.

There is also a plan to connect the hybrid platform to diabetic users‚Äô existing glucose sensors. This will enable hybrid watches to be used discreetly to provide diabetics with real-time information about their blood sugar levels.

Also in the pipeline is an organic light-emitting diode display that can sit beneath a regular, analogue watch dial. When activated, light will shine through the dial to display personalised information such as when an athlete should stop exercise or take on water.